Orange sun flickered amidst the cold daybreak as I departed Minneapolis.  Birds sang and called:  chickadees, northern cardinal, and crows.  A junco perched on a dogwood branch next to the porch.  However, by the time I arrived at the Arboretum, the only sun and bird I could find was depicted on Steve Hemingway’s ceramic tile portrait of a raven in the Art in Your Backyard exhibit in the Cafe Gallery (continues through Feb. 27). 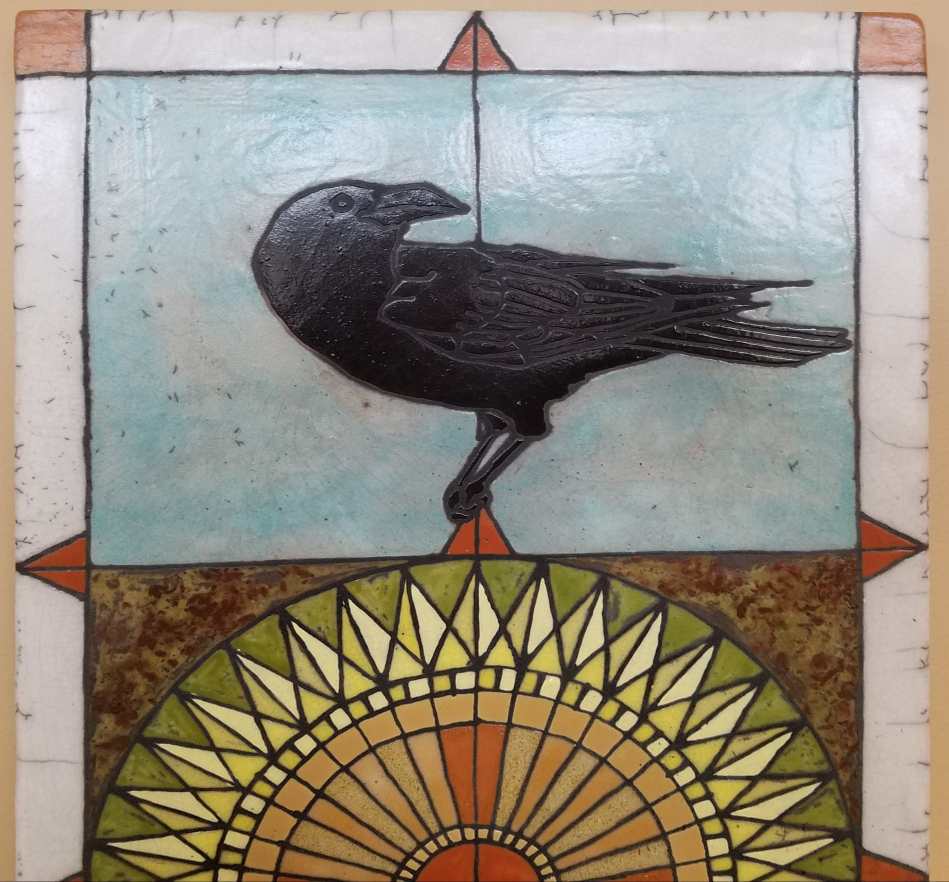 Though Ravens can be found commonly in Minnesota from Lake Mille Lacs north; and especially along the North Shore.  Ravens are larger than crows.  A crow is twice as large as a blue jay; but a raven is almost as large as a red-tailed hawk.  In particular, the tail and the beak of the raven are more prominent; and hair covers the top of the beak which bends from the bird’s head to the tip of the bill.

The day’s mood complements the setting of Edgar Allen Poe’s “The Raven”.  A dim sun now struggled to glow behind thickening clouds over a wetland. 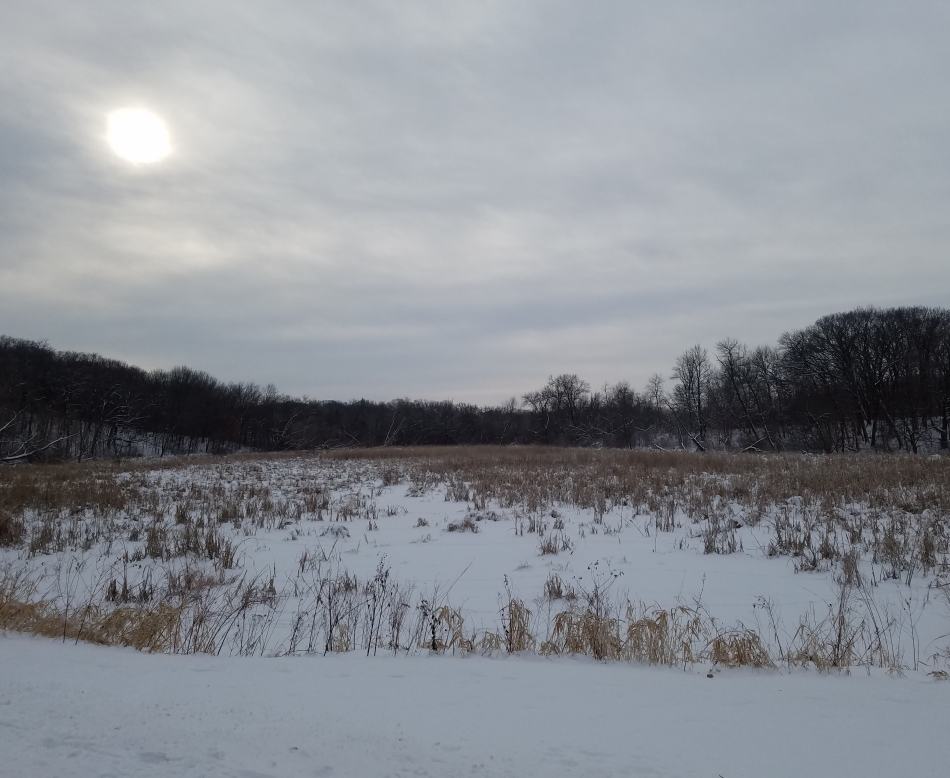 Winter interest can be found by searching.  Fluttering in the breeze near the visitor center entry, northern pin oak leaves delight with their finely cut silhouettes.  Not only does Northern Pin Oak retain its leaves throughout the winter; the tree bears shiny green summer foliage and develops some of the best fall foliage colors of all the oaks:  red and orange to reddish brown.  Look for c-shaped sinuses (spaces between the lobes) that are deeply cut, extending nearly to the midrib.  Tolerant of drought, northern pin oak is native to the northern MN lakes region – an area with light, sandy, and acidic soils. 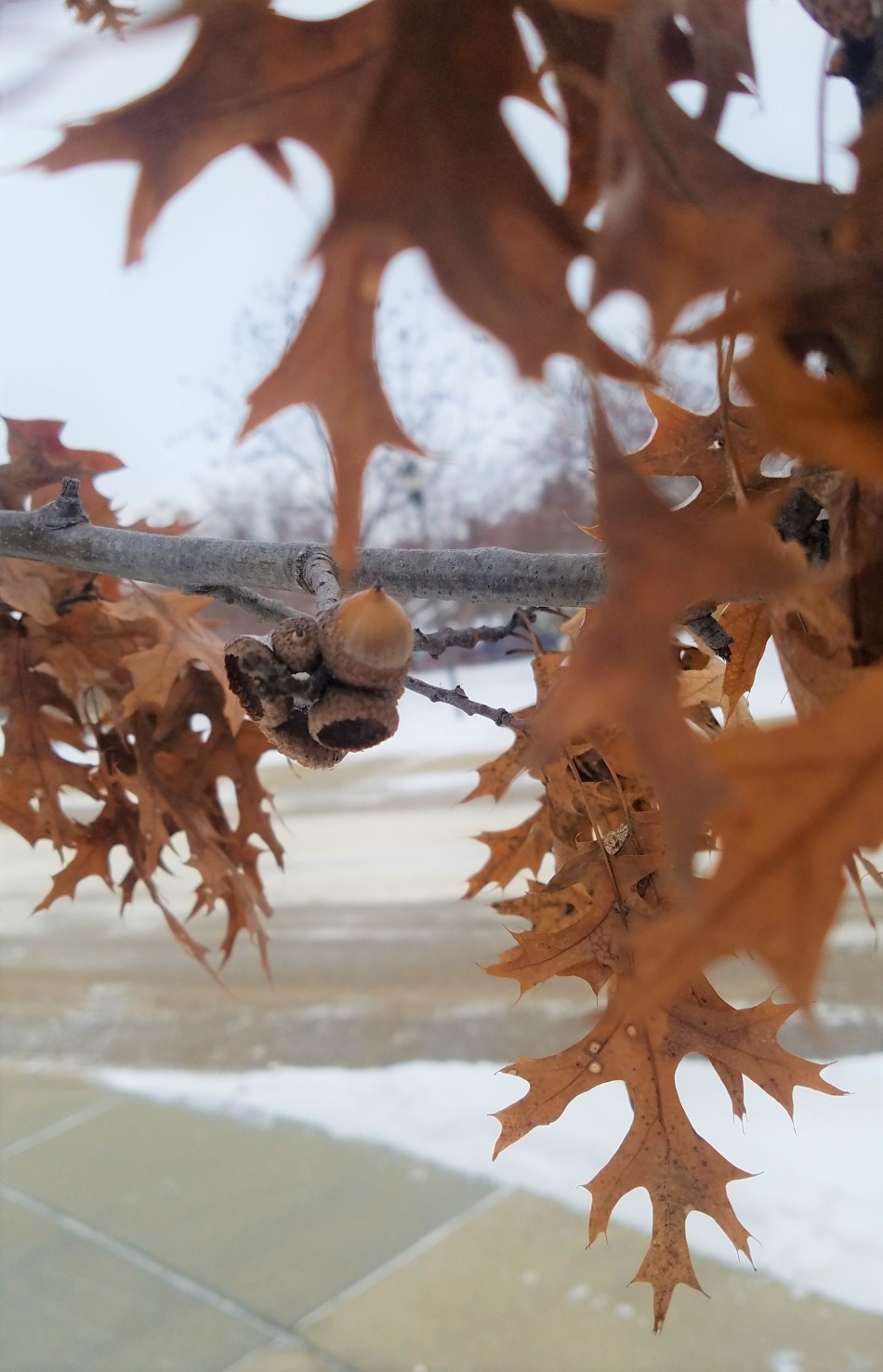 Arborists have been pruning trees; and one may find scattered branches. I found a large brush pile near the entry of Three Mile Drive as it enters the maple sugarbush 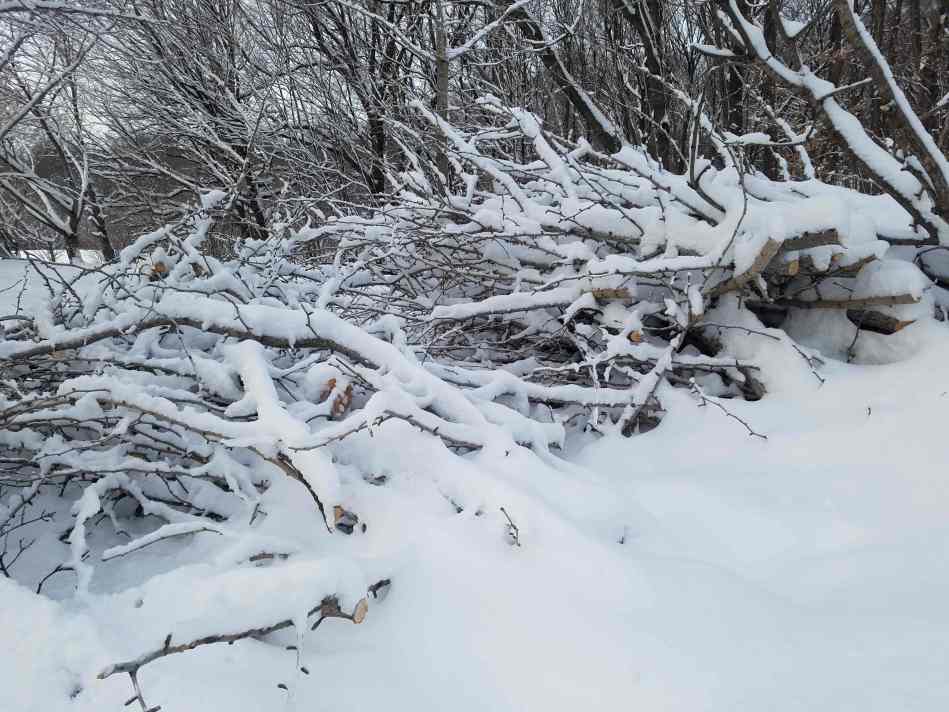 Where do the birds and small animals go during the extreme cold we’ve been experiencing?  Thick brush, especially when blanketed with snow, offers shelter from winds and from predators.  Passing by a thick shrubby mass, you may startle a small flock of sparrows.  After a brief scatter, the birds will quickly dart back into the woody web. 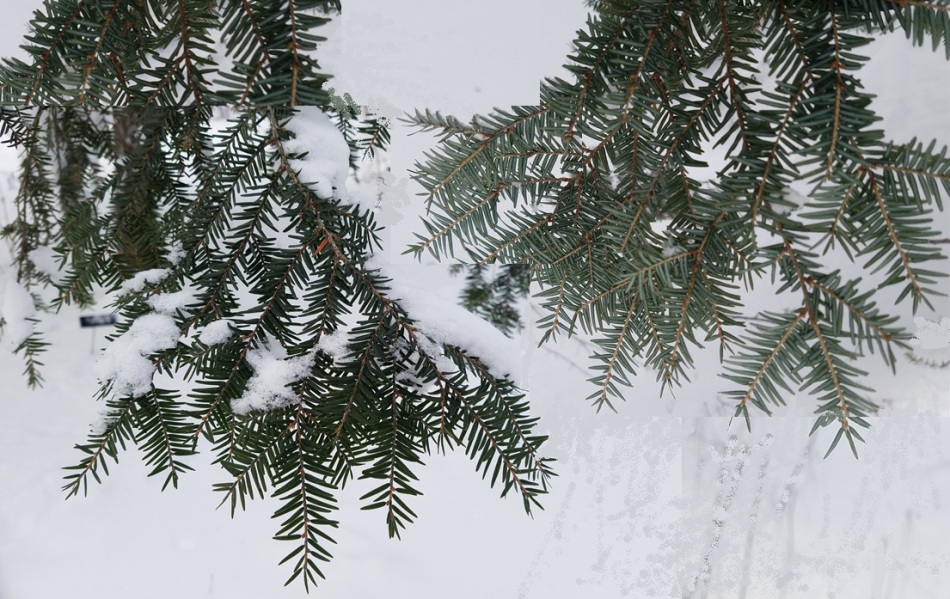 Hemlock needles are beautiful deep green to dark deep yellow green above and lighter colored underneath.  Look carefully on the underside of the needles to find two whitish parallel lines running the length of the needle.  Foliage forms graceful flat sprays, parallel with the ground.

At the Arboretum gatehouse, three wild turkeys create a small traffic jam as they slowly strut across the entry driveways.  Take care in your travels on roadways this week!